It is proof that the old guys in our club were young(er) at one time.

The club performed a complete makeover of the space at a cost of approximately $70,000. Restrooms were renovated, walls were removed, and a kitchen area was added with food warming and clean up capabilities. Furniture including tables, chairs, podium, trophy cases, and AV facilities were added and the space was configured into a meeting area capable of handling approximately  120 attendees. Primarily used as the weekly meeting location for the Rotary Club, the space is also available for use by Interact and other Rotary affiliated organizations. 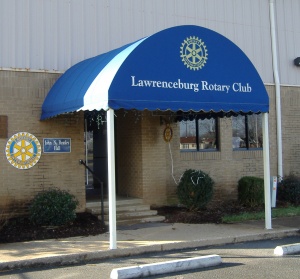